BIRTHPLACE OF ROCK AND ROLL

You may be thinking that Beale Street or even Graceland could be idolized as the home or birthplace of Rock ‘N’ Roll music, but the reality is that the small recording studio along Union Avenue by the name of ‘Sun Studio’ can lay claim to this statement.

From the home of the ‘Million Dollar Quartet’ (more on this later) to all those budding artists coming back year after year trying to make their break in the music industry, Sun Studio has seen it all. 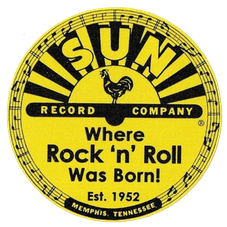 In August 1953, a young man from Tupelo, Mississippi heard about the huge success of the Prisonaires and sought his own success. Of course this individual is the one and only Elvis Presley. His early attempts at gaining the attention of Phillips were futile, “I don’t sound like nobody”

and “I sing all kinds of music”. Sun Studio’s receptionist, Marion Keisker, was really the individual that helped Elvis on his way. She repeatedly helped him record clips and passed them along to Phillips who frequently was never there to hear Elvis perform. Elvis’ break arrived when Phillips recommended that he perform alongside Scotty Moore and Bill Black in a jam session. The majority of this session proved uneventful and largely pointless, until late in the night when Elvis launched into a blues number that immediately captured the attention of everyone.

Local Memphis DJ, Dewey Phillips, played the hit that Elvis had performed “That’s All Right” on the local Memphis station and well…the rest is history!

It quickly became apparent that although Elvis’ early success was attributed to Sun Studio,

Phillips was not in a financial position to help support his progression into stardom. Phillips focused his attention on nurturing other artists and names such as Jerry Lee Lewis, Carl Perkins and Johnny Cash can all thank Sun Studios for starting their careers.

I mentioned the Million Dollar Quartet earlier, well in 1956 an impromptu jam session involving Presley, Lewis, Cash and Perkins took place at Sun Studios. And Phillips captured it all!! This is one of the most iconic performances of all time and the image of the four individuals by the piano is well known around the world. 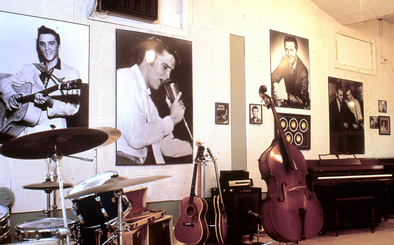 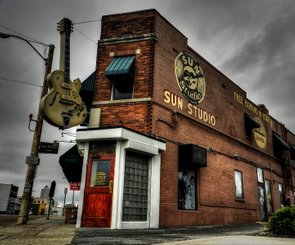